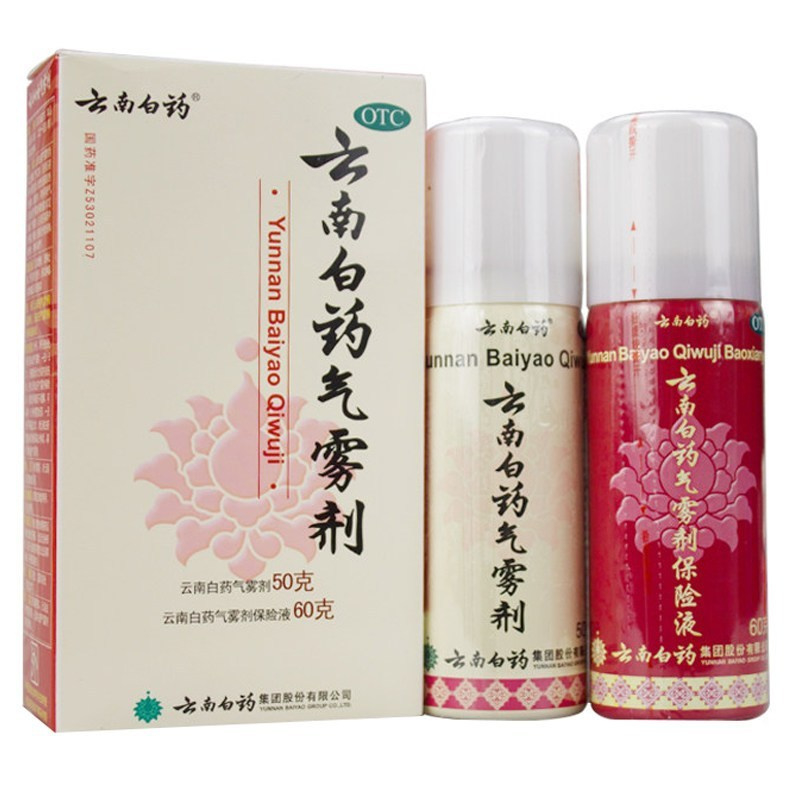 Is a raw herbs blend, made by the Yunnan Bai Yao group, a State-owned enterprise in China. Originally, it has been developed as a herbal remedy to stop bullet wounds bleeding, then, it was discovered that it was efficient in the treatment of all kinds of pain.

Contrary to many Chinese herbal formulas, this one doesn't come from olden times; it was invented in 1902.It would have been used during World War II and would have saved thousands lives.It has also been used by the Vietcong during Vietnam War.

Yunnan Baiyao is principally made up of San Qi or notoginseng root (Panax notoginseng). San Qi is used in internal and external bleeding treatment, and it relieves the pain induced by what the traditional Chinese medicine called ""blood stasis"".San Qi

Available in various format : external patch, aerosol spray you can vaporize on any pain zone.Yunnan Baiyao is also available in capsules to treat internal bleeding, as bleeding of nose or blood in the urine or excessive menstrual bleeding.

Vaporize the aerosol spray on any pain zone, external use.
The package includes an other red bottle (smaller), to use in case of emergency, massive haemorrhage or trauma.
Functions:
Stops bleedsSpreads the blood stasisActivates the blood flowRelieves the painClarifies the toxinsDisperses swelling